← more from
What's Your Rupture?
Get fresh music recommendations delivered to your inbox every Friday.
We've updated our Terms of Use. You can review the changes here. 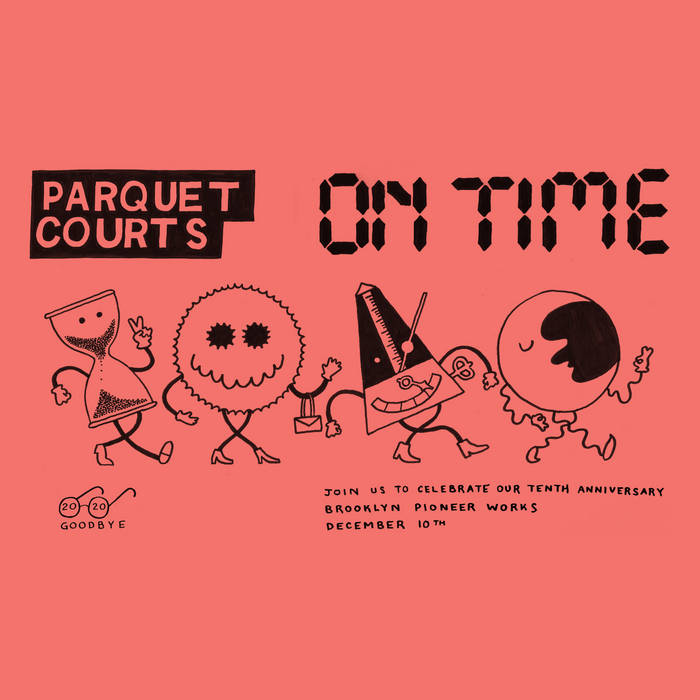 marc_ian There is a bad bug going around, but this one is good.

frensfern its just so good

bobbyappleseed this is simply my favorite song

antoniyoo12 Yooo this makes me get up and get moving!

ian1984 Flesh, electrical impulses, impressions from the world outside. Jitters up and down my spine.

Ten years ago our adventure began by playing our first show to virtually no one, and to celebrate we’ve decided to play a show to everyone, virtually.

Advance tickets $13.50/$15 on the day of the show via noonchorus.com/parquet-courts/

To add to the fun we're releasing a nearly lost track Hey Bug as a Bandcamp exclusive digital single and Flexi disc.

If I remember correctly, it would have been recorded at Seaside Lounge in Brooklyn, during the fall of 2013. We were working there with our pal Jonathan Schenke, who had recorded Light Up Gold, but this time in a studio rather than a practice space. We’d have been recording material for Tally All the Things That You Broke and Sunbathing Animal. Editing the sequence for a record is often a tough process, and when it’s over it’s typically such a relief that I’ll purge it from my memory entirely. And now I’m listening to ‘Hey Bug’ these seven years later and thinking what a cool song it is. That period was a frenzy of writing and I know it’s not the only unreleased song from that session. So here you are, our lone musical contribution in the year 2020: ‘Hey Bug’ (recorded 2013) -- A Savage."

Parquet Courts are Austin Brown, A. Savage, Sean Yeaton and Max Savage. They’ve toured everywhere and will continue to do so.

Bandcamp Daily  your guide to the world of Bandcamp

Frayle's Gwyn Strang and Sean Bilovecky join the show to talk about their cathartic new album.